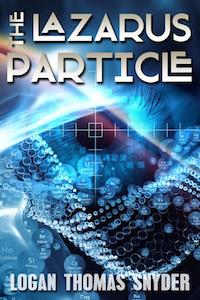 Welcome to the March update, everybody! I’ve promised to post and update more in the past, I know, but I think this time I’ve really delivered. Without further ado, here we go…

This weekend I decided to reformat two of my oldest books: This Mortal Coil and The Lazarus Particle. I originally published both back in 2014, and as the saying goes, “If only I knew then what I know now…” Thankfully, through the magic of indie publishing that saying is only a reformat away from becoming reality!

To be clear, I didn’t actually change anything about the stories. Instead, I cleaned up the front matter and back matter (what we in the author community call “the parts you don’t read”), as well as applied a few format changes to make the stories display better on your screens.

So, what does that mean? Well, all of that is a long way of saying that Sunday night I decided, totally on a whim, to show off The Lazarus Particle’s shiny new formatting by making it free for Leap Day (Monday, 2/29). I’d never offered it as a freebie before, and I figured without any paid promotion or other major push I could reasonably hope to move a couple dozen copies, maybe a hundred or so.

To state the obvious, it was a pretty fantastic showing as far as I was concerned (especially when weighted against the amount of effort I put into it). And while the number of copies claimed is definitely higher than I imagined or expected, I’m equally if not more excited by the response I got from readers who are new to the story and those who read it when I first published it.

The response was so exciting, in fact, that I’ve decided to return to the Particleverse full-time as soon as I complete and publish my current project, Between Kings and Carnage.

That’s right! Starting in the second half of 2016, I plan to begin writing the second book in the Particleverse Saga, titled The Nemesis Cabal. After that I’ll immediately set my sights on a third novel, which I do have a name for but can’t reveal because it’s super-duper spoilery for anyone who’s familiar with the first book.

Obviously I can’t tell you much more at this stage, but here’s a bit of extra good news: I already spent some time back in the Particleverse in February, and you’ll be able to read the result as early as next month! The story is called “Spike in a Rail” and will be available in the anthology Beyond the Stars 2: A Planet Too Far, which is scheduled to launch in early April.

That’s all I have for the moment, but I think you’ll agree it’s pretty big news if you’re a fan of The Lazarus Particle. I hope you’re excited, because I definitely am! I’ll have more for you in the near future but until then, thank you all for reading, reviewing, and supporting indie authors!