Renegat Is Now LIVE On Amazon 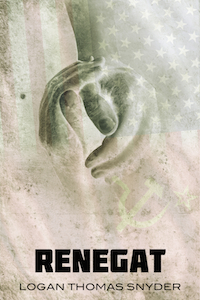 Hey there, readers! It’s been a few weeks since I’ve posted but I promise the wait was worth it. Why’s that, you ask? Because I’m proud to announce that Renegat is now available on Amazon. That’s right! I’m extremely proud of this story and the response it’s received, so I’ve published it as a standalone short. Here’s the blurb:

The year is 1984. The Cold War is over, and nothing will ever be the same again…

“Renegat” is a short story of alternative history. Originally published in the anthology ALT.HISTORY 101, it tells the story of a young immigrant swept into one of dozens of internment camps springing up in the wake of a crippling nuclear exchange with the Soviet Union. There, he discovers others determined to hold onto their humanity in the face of a world gone mad—but at what cost?

That’s it for now, but I promise I have lots more in store for 2016! Stay tuned and be good to each other!