BETWEEN KINGS AND CARNAGE 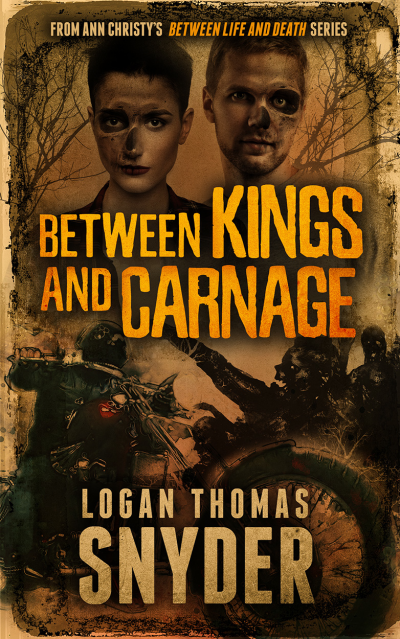 “A dark, awesome, beautiful addition to the BETWEEN LIFE AND DEATH series!” – Ann Christy

Squire has ridden with the Thunder Kings since the beginning of the end. Together they’ve survived everything the apocalypse has thrown at them, but after five long years a new threat is rising. This enemy is deadlier and more determined than any they’ve faced before, and only a strange, stuttering girl may hold the answer to their identity. Can the Kings get ahead of the threat facing them, or has their reign finally reached its end? The answer lies within the pages of this thrilling companion novel to Ann Christy’s BETWEEN LIFE AND DEATH series.